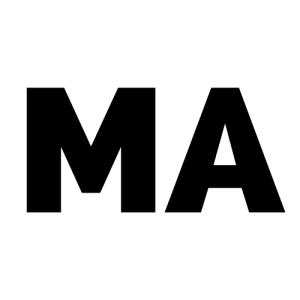 I think most people are familiar with this thought, including me.

I always beat myself up about this idea. So bad to really believe that I could get away from the action part. The real part where the luck is getting its way up to reality but then suddenly fall back because I just suck it that bad.

I am guilty of this idea in the past. I make myself believe that it has nothing to do with my unlucky days. I encouraged myself long enough to this terrible idea that if I decided to do my thing, it will automatically be in a success when I’m ready to do so.

The problem was, I didn’t actually have a plan when to do it. I just expected that SOMEDAY, it will happen magically.

I didn’t know but in my head, I knew there’s something isn’t right but as mentioned, I’m denying the fact. And yes, there was something wrong.

Mostly, we kinda have a difficulty in working towards we desire to do. Why is that? Maybe because we simply just letting it happen.

Every difficulty or circumstances in our lives most of the time has been climbing the ladder – having fun – because we allow it to do so.

But if you’re like me, trying to make myself better each day and willing to tweak a bit stuff in your life – check out the following context to try on. It’s based on my own simple experiments to success.

Read about what I do here, and how I started to blog here.

Yeah, you read it right. Just do the action. The real dirty part. The painful behind the scenes. Walk – or if possible, run! And faster.

Some make it a waiting game. Waiting until it prevents you from taking that one-time luck to achieve the big time – the bullseye.

Of course, you don’t want to just sit around and expect everything will come along your way right? You’re not like that. And I don’t think so. But if you like that way, I promise you. It just doesn’t do anything fulfilling. Maybe yes, maybe not. But most part, it’s negative.

“Things worth having don’t come easy” as by Julia Wood.

Check out this recommended book by Lara Casey.

Let me tell you a bit of a story.

There’s this girl, named Maureen. Maureen is tough when it comes to pasta or carbohydrates. So tough that she can’t just get enough of it.

She takes from 2 to 4 times cup of rice a day combined with a secondary food and soda – until it hit her. It hit her to the point when her jeans and all other clothes no longer go along with her.

Maureen did realize it early on. A lot, like many times. And not only that – she did make a move. A reoccurring move. Many times as well.

It took a while for about 3 years, living like as heavy as 67kg until the waiting game is over.

Today, she’s 45kg and lost a big amount of weight within 2 to 3 months since October 2016 (maintaining good food practices).

By the way, that girl is me. Surprise! – with a smile.

During that time, it did take a while for me to realize the truth about making it happen. Quite a few enrollments to the gym. Quite running and walking in a given exhausting schedule.

I think I did what I had to, but what takes me so long to achieve the goal of losing weight is missing out the most valuable part, and that’s trusting the process.

Trusting The Process Of Making It Happen

True, it’s a painful process of discipline and believing the almost impossible – the tricky kind of impractical thoughts.

It’s hard but eventually, I realized that it’s not that hard as what I thought at that time I haven’t yet started.

I think it’s all true that it really doesn’t matter how you get there – as long as you stick to the plan, in the best way you’ve studied to work on it.

Regardless of all the hard work – if I didn’t decide to stick long enough to the plan, the hard work wouldn’t really make a bit of a big difference.

Instead, I decided to not wait for it to just happen. I did the work myself although it’s not convenient for me to do so.

I even do believe that my hard work of running and diet really is enough to win the fight of my goal at that time. Again, I made it by deciding to just do it, whatever it takes.

The Result Comes With A Process And So Is Learning

I learned to be independent in solving circumstances in life because it’s my life and I’d like to be responsible for it myself.

Moreover, I don’t want to live a life that is controlled by other people because of the thought that they happen to have helped you in the past. I used to be a victim of this kind of idea. And it’s kinda cool to really address it in the best way and overcome my way out of it.

Reading Tip: Present Moment: How To Live And Get Over Easy

There is more to this topic but I’m reserving it for my next writing.

I also recommend reading these books, The Power of Now: A Guide to Spiritual Enlightenment by Eckhart Tolle and The Superhuman Habit by Tynan as other good resources to further guidance and practice.

P.S. I took the photo at Tubajon Aquamarine Park while getting together with old friends and family. This is a unique resort located in Cagayan de Oro City.

Get your three (3) Free gifts

Get the latest posts & tips straight to your inbox…

Any cookies that may not be particularly necessary for the website to function and is used specifically to collect user personal data via analytics, ads, other embedded contents are termed as non-necessary cookies. It is mandatory to procure user consent prior to running these cookies on your website.